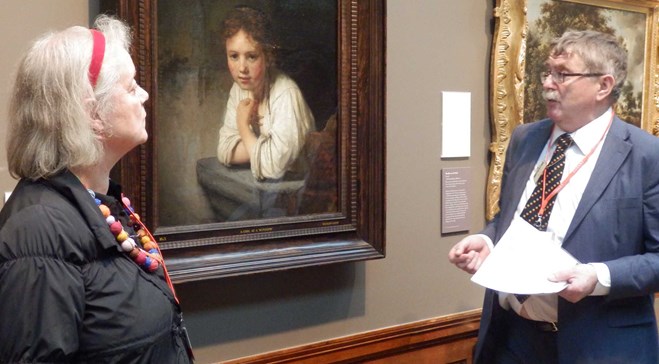 We were all deeply saddened to hear the news of the untimely death of the Dutch art historian Michiel Jonker on 22nd March 2014. Michiel, who was 66, and his wife Ellinoor Bergvelt were familiar figures here, working since 2007 on our Dutch and Flemish schools catalogue. This is the second in a series of the Gallery's publications on the collection that began with John Ingamells’ catalogue of our British pictures.

The Gallery was hugely grateful to Michiel and Ellinoor for taking on the project and we were very lucky – Michiel was a curator of considerable experience, having worked for over 20 years at the Amsterdam Historisch Museum, followed by a prestigious four years as Head of Collections at the Mauritshuis in The Hague. On leaving the Mauritshuis he carried on as a freelance curator, and also acted as a dealer, specialising particularly in works on paper. He was a very warm, friendly man and incredibly generous in sharing his knowledge. He will be greatly missed by many, not least his family.

“The Dutch and Flemish Catalogue, when it is published, will bear witness to Michiel’s expertise, and carry his name: but no-one can have expected this great work to be his last.”