The Gallery was filled with colour and the sound of chanting and drum beating on Tuesday 28 October when Haida people gave a traditional performance in the run up to From the Forest to the Sea: Emily Carr in British Columbia. Emily Carr made two trips to Haida Gwaii during her career- in 1912 and 1928. Her dedication to documenting the Haida Nation was recognised and honoured in the performance which included a traditional peace dance and prayer 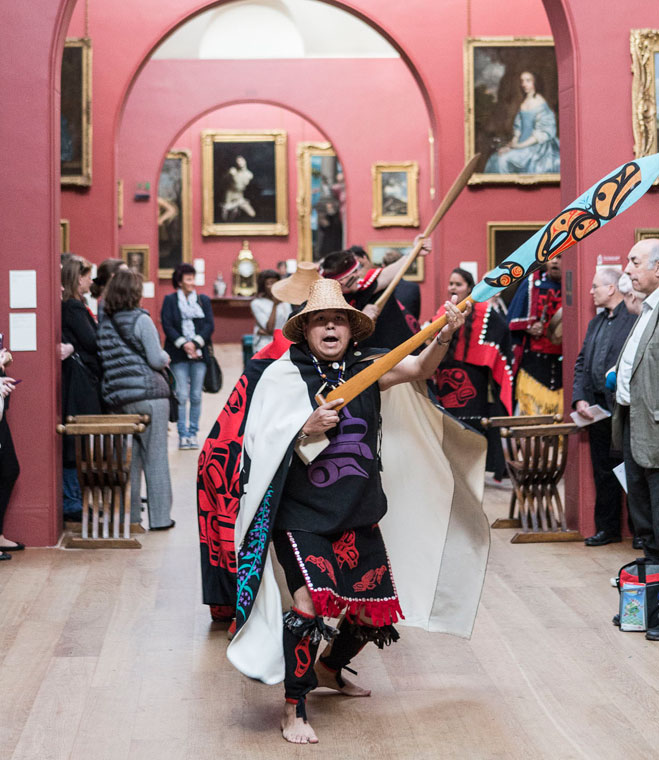 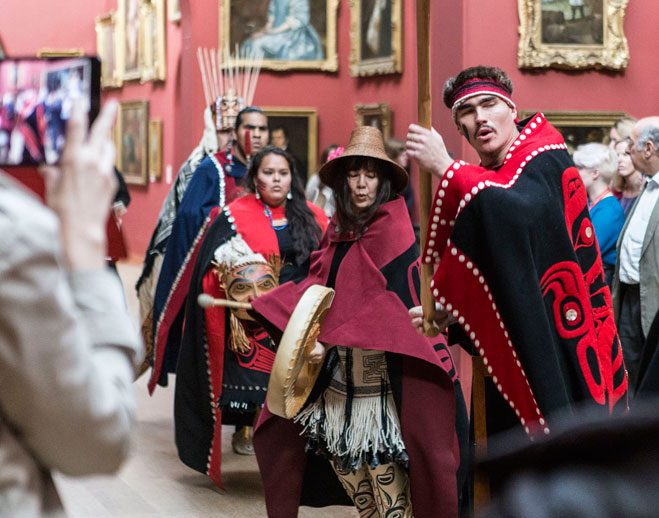 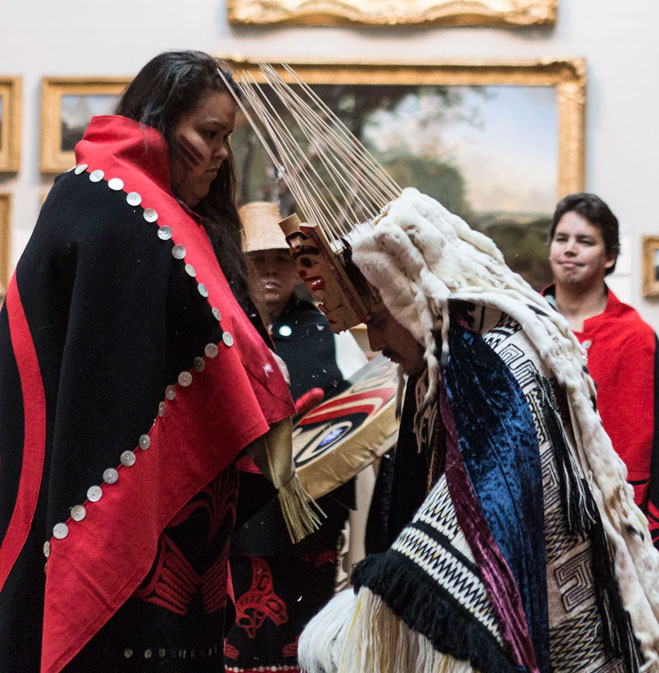 You can see 19th century Haida ceremonial objects and masks in the exhibition as well as Carr's paintings of the totems and villages which she encountered on the Island.