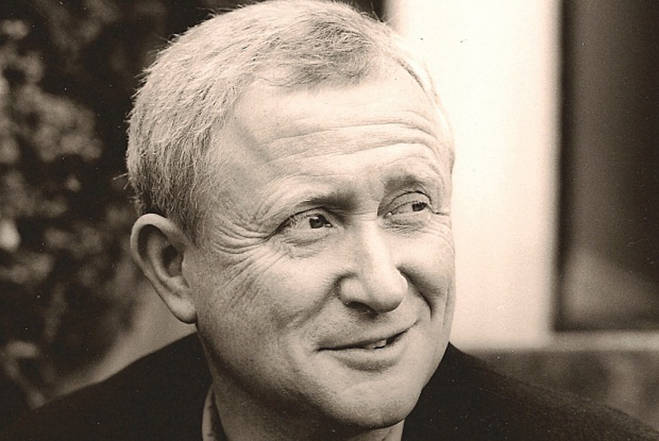 Dulwich Picture Gallery was deeply saddened to learn of the death of the art historian, curator and novelist, Giles Waterfield (1949-2016), who led the Gallery as its very first director from 1979 until 1996.

During his time at the Gallery, Waterfield introduced the Gallery’s first exhibitions including major shows on Poussin, Van Dyck, Rembrandt and the hugely popular Dutch Flower Painting in 1996.  He also built the Gallery’s international reputation by encouraging loans of the Gallery’s pictures to exhibitions overseas.

In 1983 Waterfield, along with his curator, John Sheeran, held a life drawing class in the permanent collection to draw in visits from schools and colleges - the very start of the Gallery’s now renowned learning programme. He was responsible for the appointment of Gillian Wolfe, former Director of Learning and Public Affairs (until 2014) and the Gallery has since become famous for imaginative and highly successful programmes that reach out to the young and the elderly, to local schools and communities.

In Giles’s career, famously at Dulwich Picture Gallery, but also at the Royal Pavilion, Brighton, through the Attingham Trust, and in his various trusteeships, he has been a highly-respected and influential figure in the museum world. He surprised us all as he took an even more unexpected and creative course, and went on to write novels, with all the elegance, style and wit that he brought to everything he did. In Dulwich Village he has long been a legendary and profoundly loved figure. His achievement at Dulwich, with which he will always be associated, was a triumph and provided the bedrock on which everything since has been built. Gone too soon – he will be sadly missed by the whole Dulwich community, and well beyond that.

After Dulwich, Waterfield became an independent curator, organising such exhibitions as Art Treasures of England at the Royal Academy in 1998, and The Painting Room: Artists at Work in the 18th century which he co-organised at Gainsborough’s House in Suffolk last year.

He has written extensively about museums and galleries and published several books including The People’s Gallery, in which he chronicles the ups and downs of Britain’s municipal museums in the 19th and early 20th century, published by Yale University Press last year, and The Hound in the Left-hand Corner (2002).

In his role as the longstanding course director at the Attingham Trust and the Royal Collection Studies, Waterfield helped numerous curators from the UK and abroad to immerse themselves in the history and collections of Britain’s palaces and great country houses. In 2003, he co-organised Below Stairs, the National Portrait Gallery's first exhibition to focus on the men and women who worked in them as domestic servants.