Tales of Myth and Legend from our Collection

In the run-up to our next Gallery Late, Metamorphoses on Friday 18 May, we take a look at some of the mythology-inspired paintings in our Collection. 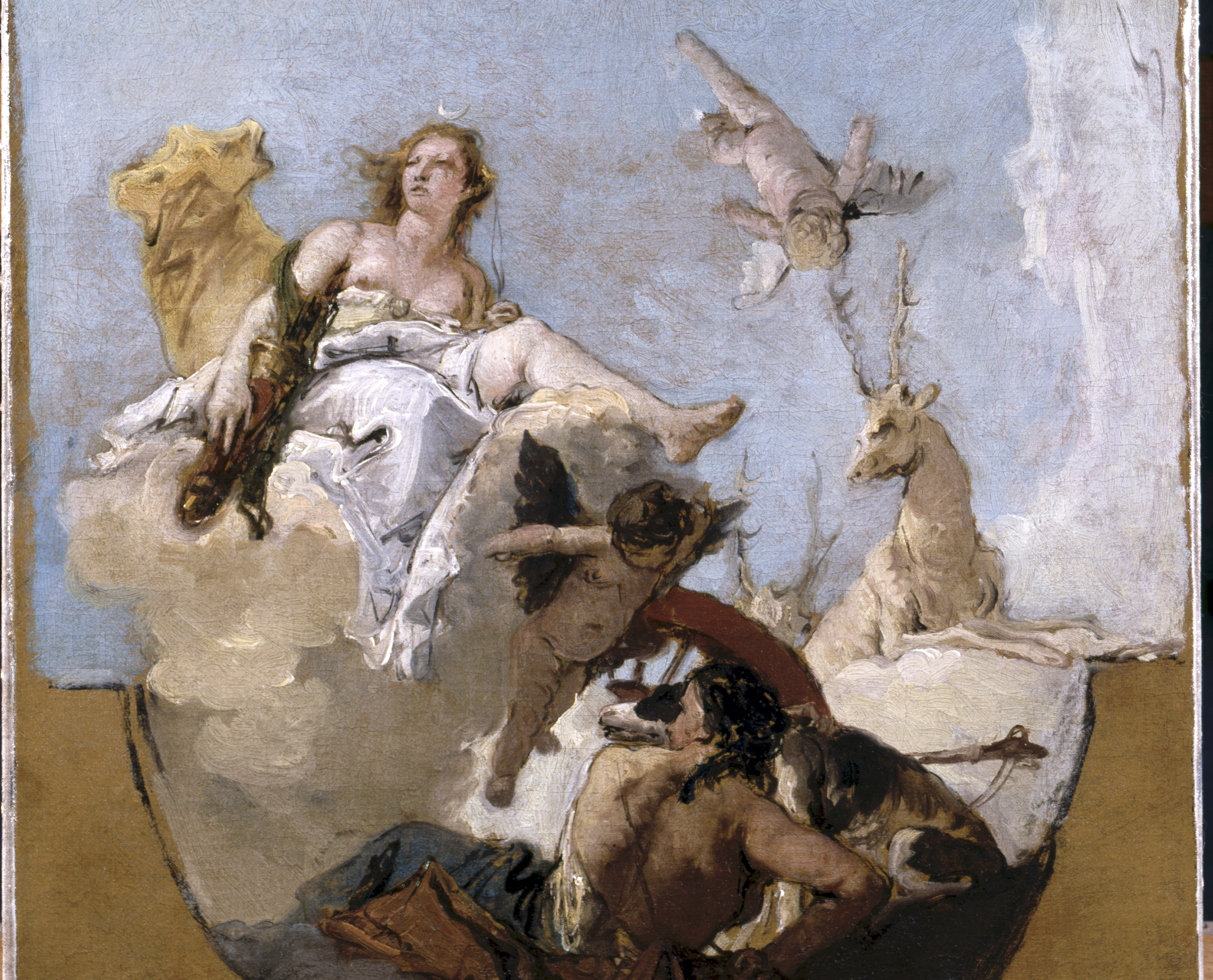 This sketch for a ceiling decoration shows Diana, the Roman goddess of hunting, nature and the moon, with her twin brother Apollo - a multi-talented deity, variously named as god of music, prophesy, healing, and the sun. At almost 300 years of age, this painting has taken a rather tumultuous journey to its current home here with us, passing through the hands of less-than-scrupulous art dealers. One such merchant went so far as to cut the painting in half, hoping to gain a higher price for the pair! It was in these two pieces that our co-founder Francis Bourgeois bought the painting, and it remained as such until our recent conservation works saw them re-joined. 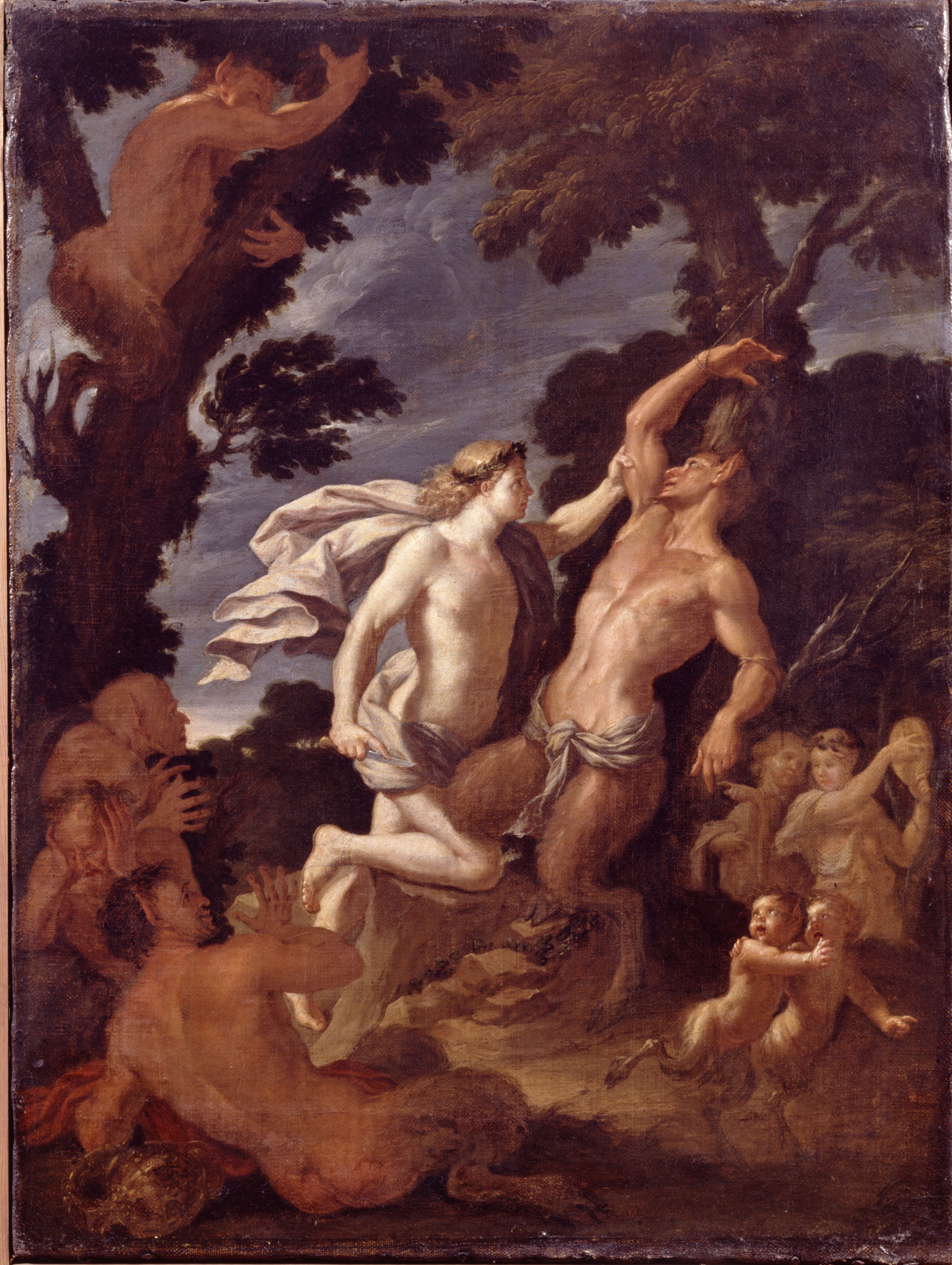 In this dramatic work by Roman Baroque painter Filippo Lauri, Apollo is about to slay the satyr Marsyas who foolishly challenged him in a musical contest. After losing a surprisingly close competition against the god of music himself, Marsyas was entirely at Apollo’s mercy. According to some of the more unsavoury accounts of the story, Apollo used the unfortunate satyr's skin as a vessel for wine! In this depiction, Marsyas’s woodland companions look on in horror as the jealous Apollo prepares to take revenge. 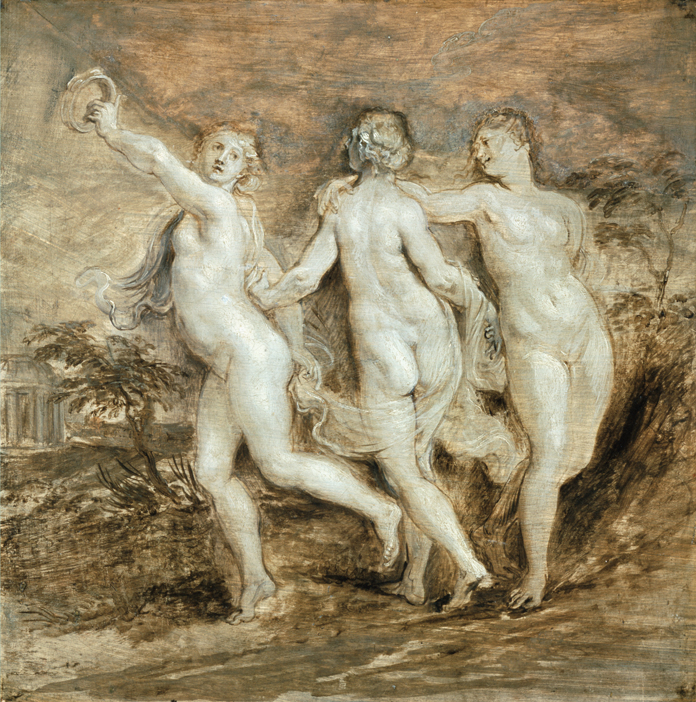 The three graces, Euphrosyne, Thalia and Aglaea, were the Greek goddesses of beauty, charm and creativity. Also known as the Charities, these daughters of Zeus are shown frolicking together on Mount Olympus. The sisters’ beauty has earned them a place in many of history’s most treasured artworks, including Boticelli’s Primavera, Rafael’s Three Graces and the celebrated statue of Antonio Canova. They’ve also inspired plenty of modern artists including Cezanne and Picasso, and, more recently, have been reinterpreted for the present day by contemporary painter Kehinde Wiley.

Peter Lely, Nymphs by a Fountain 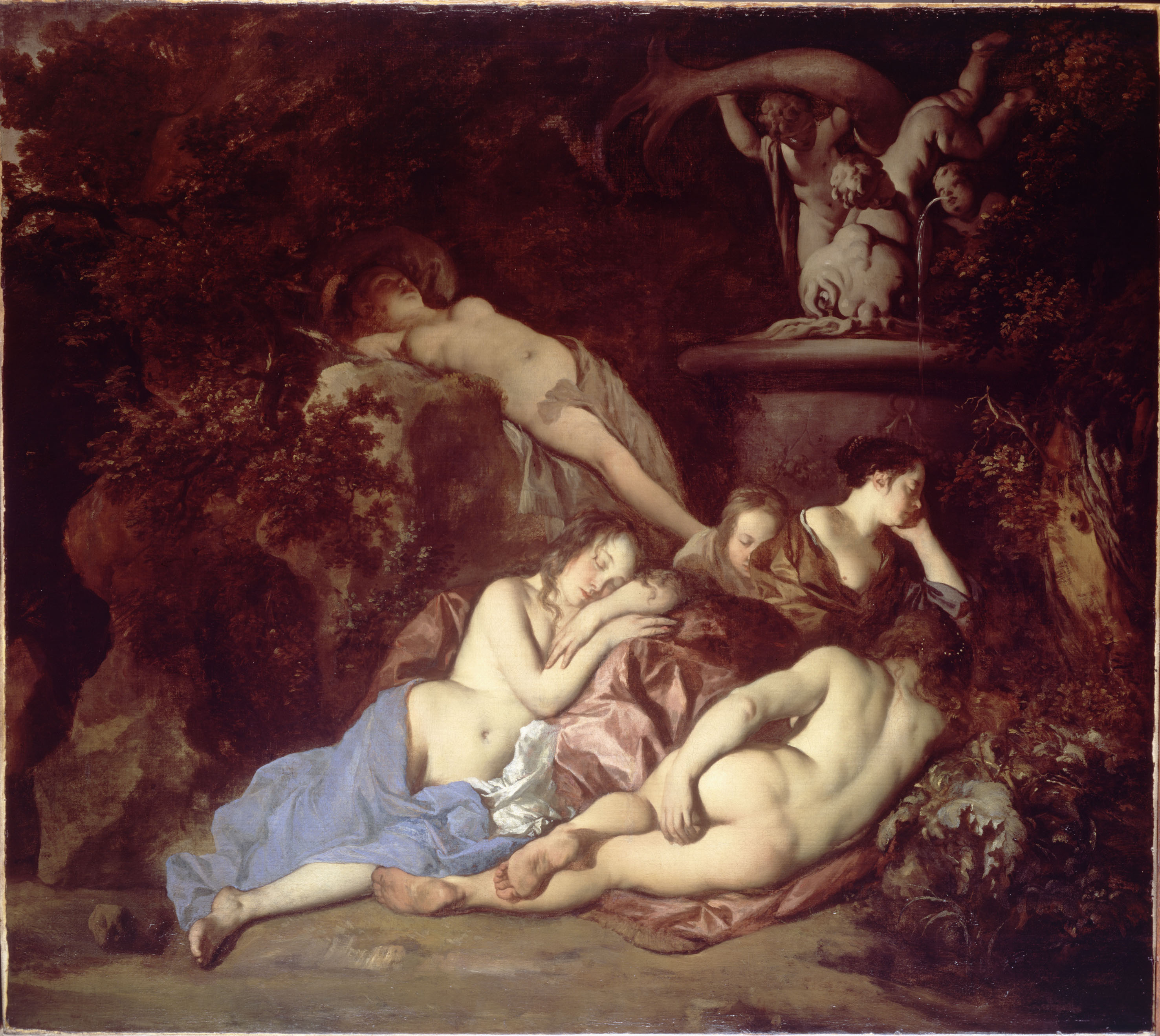 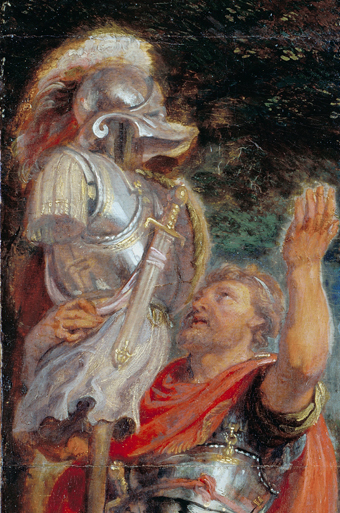 In this image we see Romulus, founder and first king of Rome, having successfully battled the rival town of Caenina and slain their leader. Holding his armour as a trophy, Romulus is celebrating the victory, which paved the way to the creation of Rome. The strange story of Romulus and his brother Remus, who, legend has it, were raised amongst wolves, inspired a series of tapestries by Rubens. This cartoon was made in preparation for one of the tapestries, which has since (sadly) been lost.

Delve deeper into the world of gods, nymphs and legend at Metamorphoses! Click here to book.