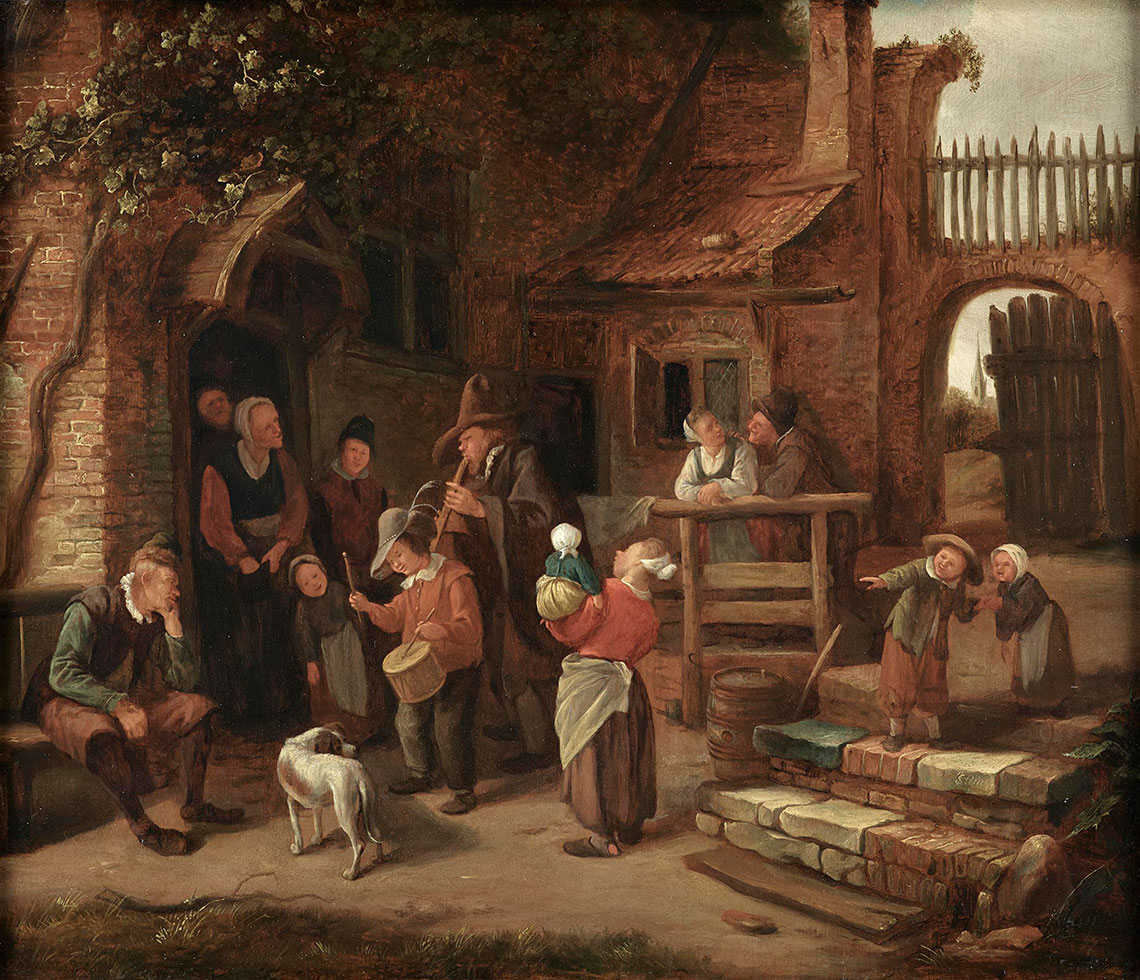 A painting by the Dutch artist Jan Steen (1626-1679) has just arrived at Dulwich Picture Gallery. On loan from a private collection, The Wandering Musicians is a masterpiece of 17th-century genre painting. Genre paintings are scenes of everyday life, but that’s not to say that they’re straightforward. In this little painting alone, Steen captures both typical human behaviour and tiny details of the natural world, all while constructing a scene that would appeal to his middle-class clients.

So, what’s going on in this painting? A family has emerged from their cottage to watch a group of travelling musicians perform in a tumbledown courtyard. The walls are overgrown with ivy, the fence is broken and the paving stones are uneven. A man playing the flute and a boy beating the drum are in the centre of the painting and are also the centre of attention. Two children point at them in delight and a man sits and listens pensively to their music. Even the baby has her back to us as she watches intently from her nurse’s arms. Steen has composed the painting so that we end up following the direction of these gazes and focusing on the musicians too – even though we can’t hear their music. 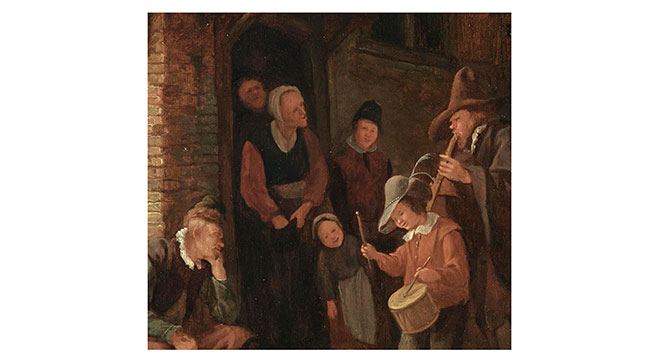 At the end of a performance, wandering musicians would expect to be paid. In this artwork Steen has painted an old woman in the doorway already reaching into her apron for a coin with which to reward the little band. Some art historians have suggested that the travelling musicians so often depicted in Dutch genre paintings functioned as a visual euphemism for beggars. The merchant-class buyers of these paintings would often hang them in their homes, and so favoured more appealing images of the poorer classes. They preferred to be entertained by jolly scenes of musicians performing for a small fee, rather than having to face the uncomfortable reality of desperate begging. 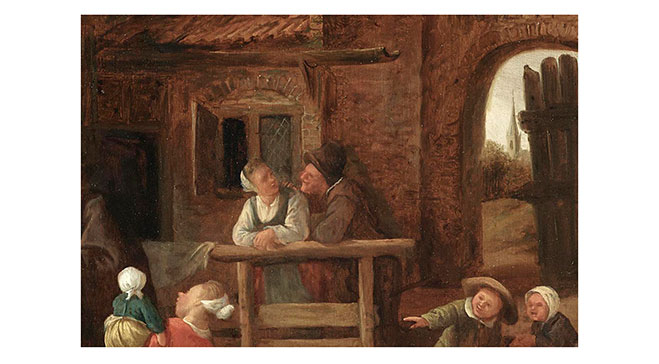 Steen doesn’t sanitise human behaviour and its problems entirely, however. Not everyone in this scene is concentrating on the musicians’ performance. A man in the background leans close to a young woman, putting his hand on her shoulder. He seems to have taken advantage of the musical distraction to make unwelcome advances towards her. Perhaps this is Steen’s subtle reminder that immoral behaviour is always present, if you look hard enough. Just to the right of the pair, Steen has painted a church spire in the distance, visible through an archway: in this way he emphasises that, in 17th-century Holland, religion and immorality could exist side by side.

Like many of the other Dutch genre scenes at Dulwich Picture Gallery, The Wandering Musicians is much more than a snapshot of daily life: it’s a clever composition that reveals more and more as you continue to look at it. Steen’s final reminder that this is a work of art – not just a window onto reality – comes in the form of his signature: he integrates his name into the courtyard scene itself, inscribing it into the uneven paving stones on the right. 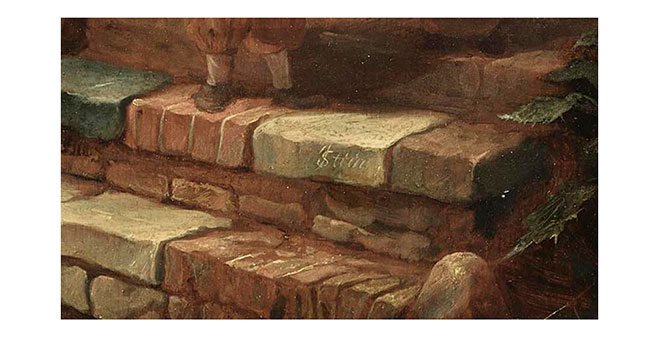 Find out more about our Collection >>