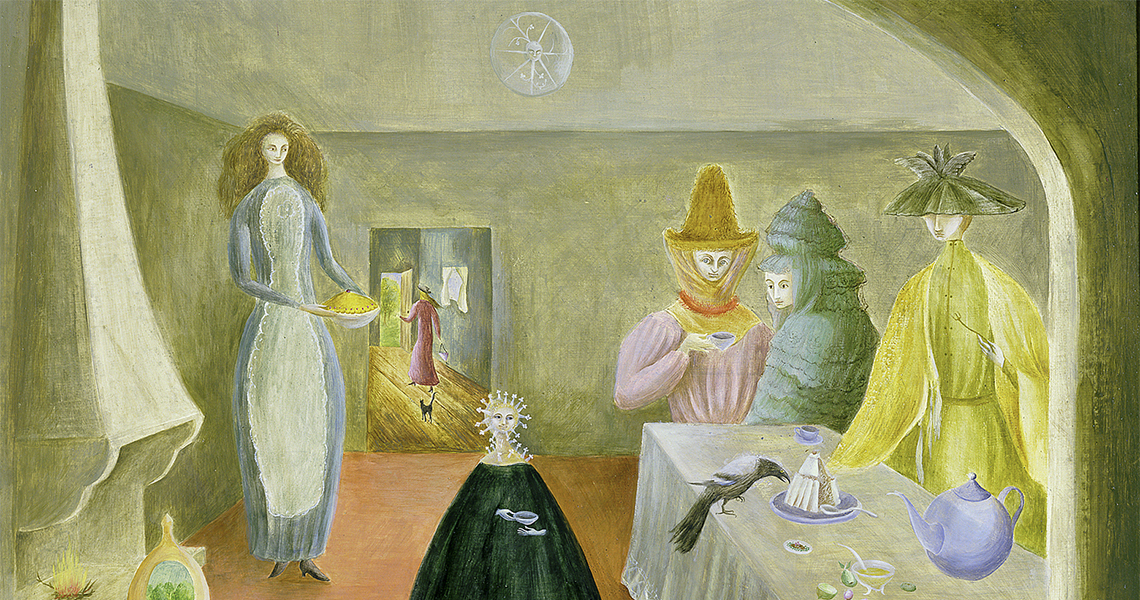 Journalist and writer Charles Darwent explores a decidedly British eccentricity at the centre of the surrealist movement.

List your top 10 British surrealists and chances are that at least three – Ithell Colquhoun, Eileen Agar and Leonora Carrington – will be women; four, if you include Lee Miller, although she was admittedly English by marriage. Beyond these again are such lesser-known figures as the surgeon-painter Grace Pailthorpe, singled out for praise by Breton himself. (Women could be surrealists, it seems, as long as they weren’t also French.) As the work in the Dulwich Picture Gallery’s spring exhibition makes clear, British women surrealists did not feel their sex was a thing to apologise for. They were there not to be seen but to see, and in a way that made no nod to gender. Take Carrington’s The Old Maids, 1947. If the title suggests powdery great-aunts in Eastbourne, the women in this painting are anything but. With their coiffed heads brushing the ceiling, Carrington’s giantesses are more than a match for any man unwise enough to stray into their world. Far from being constrained by their sex, the space the old maids occupy can barely contain them. Each is matched by a magpie, an ill-omened feathered familiar. If they dole out ladylike tea and cake, it is for their enjoyment and theirs alone. “Objectify us if you dare,” the ogresses seem to say; and few would.

"British women surrealists did not feel their sex was a thing to apologise for."

If the unwed Amazons reign over inner space, Ithell Colquhoun rules space from outside. The Corsican church of her Rivières Tiedes (Mediteranée), 1939, is taken in in one unblinking gaze; swallowed whole, as it were. Colquhoun’s painting rationalises architecture into Lego-like colours and planes, empty and airless. Yet the work’s rationalism points up the deeply irrational fact that from under the church’s doors seep the lukewarm rivers of the painting’s title: one yellow, one blue, one white, one red. Defying physics, these twine around each other without mingling, snake-like rather than liquid. The picture’s central question – where do the rivers come from? – begs the almost certain answer that their source is somehow sexual. This is not the vulgar sexualising of a painter such as Dalí, however, but something altogether more cryptic, and more sinister. What was it about British surrealism that allowed women a freedom their French sisters lacked? Without generalising too far, the French taste has tended to the Classical, the British, the Romantic. We had Shakespeare and blank verse, they had Racine and Alexandrines.

"A feel for the irrational – a celebration of the mad – has shaped the British temper since Chaucer."

A feel for the irrational – a celebration of the mad – has shaped the British temper since Chaucer. That taste has included a fondness for rule-breaking women who take life as men do. It is hard to imagine French literature having produced an equivalent of the Wife of Bath. This fondness for the uncanny wasn’t just restricted to gender. There is, in British painting, a strain of what might be called Surrealism avant la lettre – a zaniness that, paradoxically, hit its peak just after the Age of Enlightenment. Wearied by the rationalism of Locke and Hume, the last decade of the 18th century saw a revival of interest in ghouls and goblins. Its best-known expression was Frankenstein’s creature, a Swiss monster-man imagined by an Englishwoman, Mary Shelley. 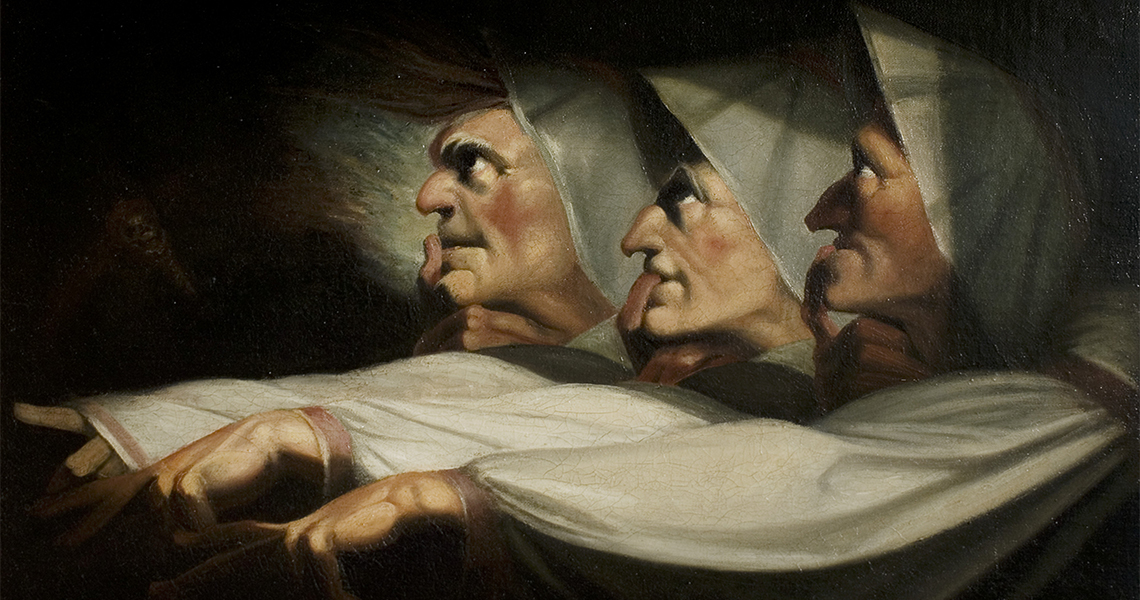 Of all the ancestors of the British Surrealists, though, the most surreal is without doubt Fuseli’s friend William Blake. At home in prosaic south London, Blake dreamed of a universe complete with seers, prophets and angels. These the poet not only imagined and named but drew and engraved. Made after a drawing by Fuseli, Head of a Damned Soul in Dante’s Inferno, 1789, is torn from the recesses of Blake’s mind – a howling, tormented figure that could easily date from the 1920s rather than the 1790s. The eyes of the damned soul roll back in horror, but rather than the jaws of hell beneath him it is his own gaping mouth and neck we see, grotesquely magnified and bulging. Not surprisingly, works such as this exerted a strong pull on the imagination of the British Surrealists.

Charles Darwent is an art critic and reviewer who writes regularly for the Guardian, Art Newspaper and Art Review and was the Independent on Sunday’s chief art critic from 1999 to 2013. He appeared in the Netflix series, Raiders of the Lost Art, from 2014 to 2016.

Find out more and book tickets to British Surrealism here.

You can read the full version of this article in our February-June edition of In View – free with a Friends membership, or £4 when sold.

You can also purchase the British Surrealism exhibition catalogue for more articles, profiles on all of the artists and beautiful prints. Available from our Gallery Shop, both instore and online.

Film: Every Journey Leaves a Trace