The survival of a World Class Collection

While Dulwich Picture Gallery’s collection now hangs safely in Sir John Soane’s building, awaiting visitors’ return, it was a somewhat different story during the Second World War. As we mark London History Day 2020, we share an excerpt of Brian Green’s article, written for the Dulwich Society, which tells the fascinating story of the Collection’s survival, and the figures who were instrumental in ensuring their safety. 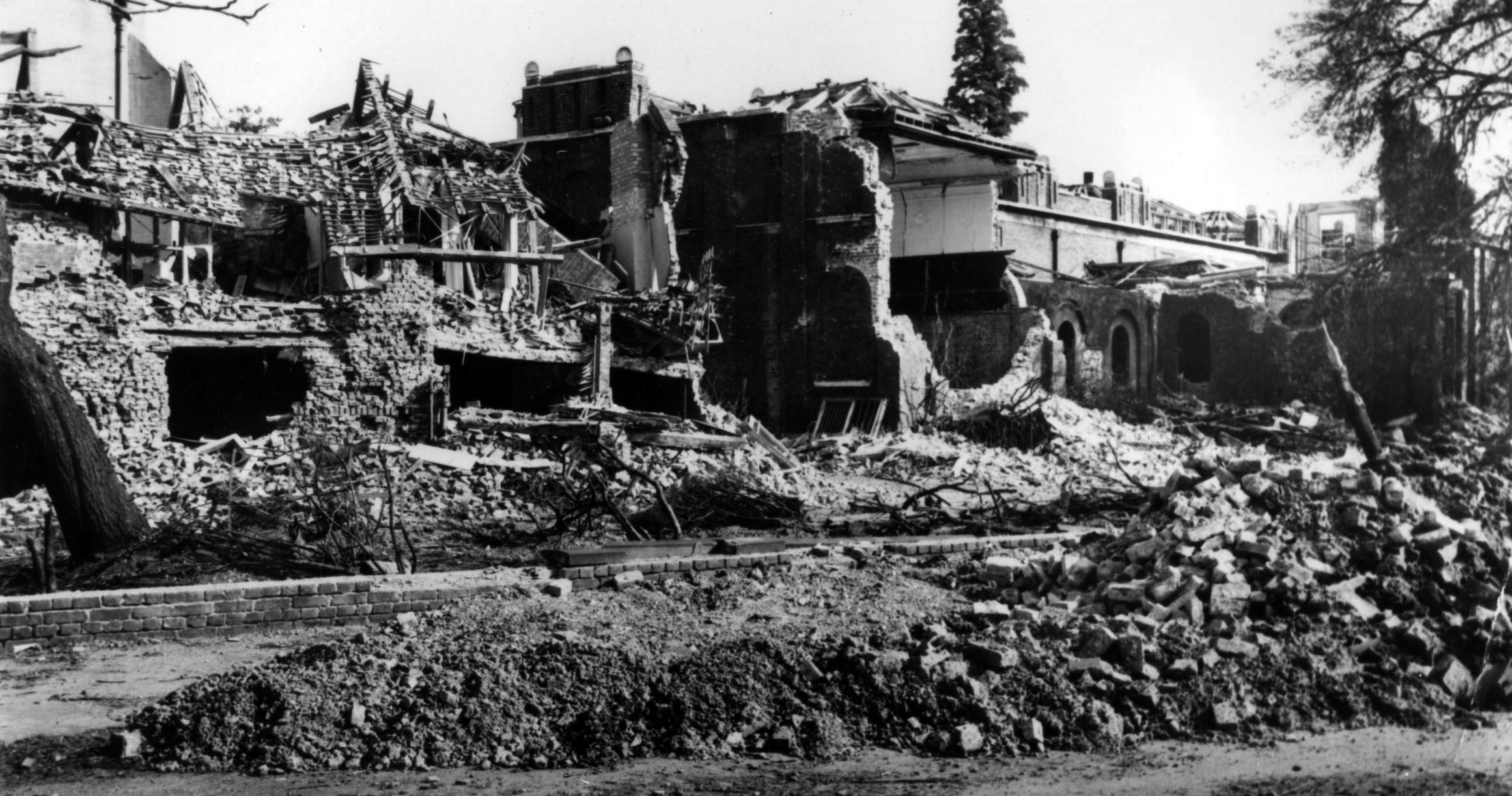 Although some consideration was given to the safeguarding of the Nation’s works of art from the danger of air raids during World War 1, a much more detailed scheme was proposed in 1933 by W A Orsmby- Gore (Later Lord Harlech) in his role as commissioner of works in Stanley Baldwin’s government. He called together the directors of the major cultural institutions to consider a scheme for the safe storage of the most valuable collections in the event of a war in Europe. The outcome was a recommendation to disperse the various collections around the country.

The Dulwich Picture Gallery committee decided that one of its members, the Royal Academician, Melton Fisher, should make a selection of the Gallery’s most important pictures and in July 1938 he produced his list of pictures for special care. The committee decided next to investigate suitable places where the pictures could be distributed.

As the threat of an outbreak of war receded in the following months, the question of what to do with Dulwich Picture Gallery’s collection did not arise and because of a new hanging in the Gallery’s new extension, visitor numbers were at a high in 1938.

It was in April 1939 that the question of evacuating the Collection arose again. The Gallery’s clerk, Mr Connop had been given authority to act in the best interests of the Gallery. He announced that the National Library of Wales had agreed to give selected pictures asylum in the event of a war and in order to ensure transport for the pictures he had taken the precaution of arranging with a local firm, Evan Cook Depositories, for the reservation of one of their removal vans and had also obtained the approval of the Ministry of Transport, a pre-requisite in time of war.

With the international situation worsening, the Government issued a warning to art galleries and museums on 24th August 1939 to put into operation any plans they had for the evacuation of works of art. Accordingly, on 25th August, 79 of the most important pictures in Dulwich Picture Gallery’s collection, accompanied by the head porter, were transported to the National Library of Wales at Aberystwyth.

Back in Dulwich, although the Gallery had been closed since the selected pictures were evacuated, it had been possible to engage two new porters to take care of the remaining pictures, the head porter being instructed to remain in Aberystwyth. In accordance with the architect’s advice, wire netting had been fixed to the undersides of all the skylights to catch broken glass in the event of bombing. Straps of canvas were also stuck over windows and tarred felt over the outside of the skylights. Along with cinemas and other places which might maintain public morale, Dulwich Picture Gallery re-opened on 25th September.

All proceeded normally during the months of the ‘phoney war’ when none of the expected air raids took place. However when the Blitz did start in September of the following year, life in Dulwich changed dramatically. On 25 October 1940, the clerk reported to the Gallery’s Committee that the windows and roof of the Gallery had been damaged by a blast from bombs falling in the neighbourhood and it had been forced to close. Fortunately none of the pictures had been damaged.

It was decided to close the Gallery for the duration of the War and to try to evacuate as many of the remaining pictures as possible to a place of safety. One possibility was that might be stored at Haigh Hall in Lancashire, the home of the Earl of Crawford and Balcarres. However, the clerk had also been in communication with the National Library of Wales and had asked if they would be prepared to accept more pictures from Dulwich Picture Gallery. Luckily they were and on 18 November 1940 a further 292 pictures were sent to Aberystwyth. 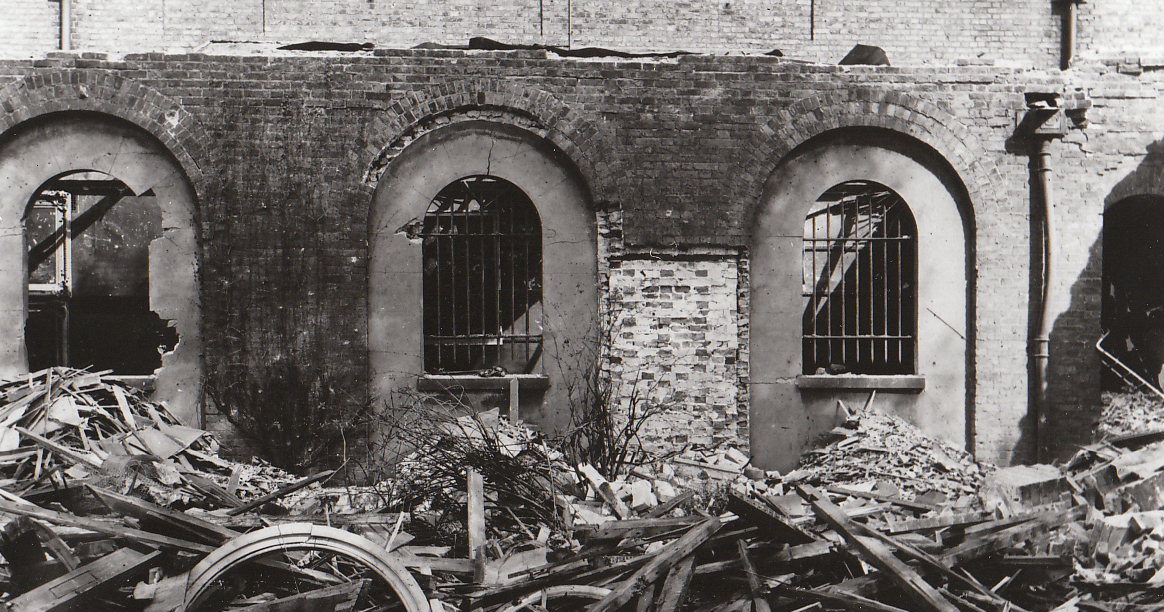 On the night of 20/21 July 1944 a V1 ‘Flying Bomb’ exploded in Gallery Road causing severe damage to the Gallery and the Chapel and destroying Gallery Cottage. The bomb had fallen in the middle of Gallery Road, leaving a 15’ deep crater and fracturing the large sewer. The remaining pictures and books left in the Gallery, on the whole, did not sustain serious injury, although some of the furniture was slightly damaged, a miracle, in view of the damage to the building itself. The pictures were immediately removed and taken to Dulwich College where they were stored in the north block shelter.

Following the great success of an exhibition in Aberystwyth of the Gallery’s paintings, and restoration of the works the Gallery finally reopened in 1952.

The above article is an abridged version of Brian Green’s original story for the Dulwich Society Journal in 2015, the full version of which you can read here

You can learn more about the history of the Gallery and its architecture here.

Now more than ever, the Gallery is reliant on your support.The present closure due to Coronavirus poses a critical threat to the our future, as we receive no regular government or Arts Council funding. Please consider making a donation, no matter how small. It will make a huge difference. Thank you