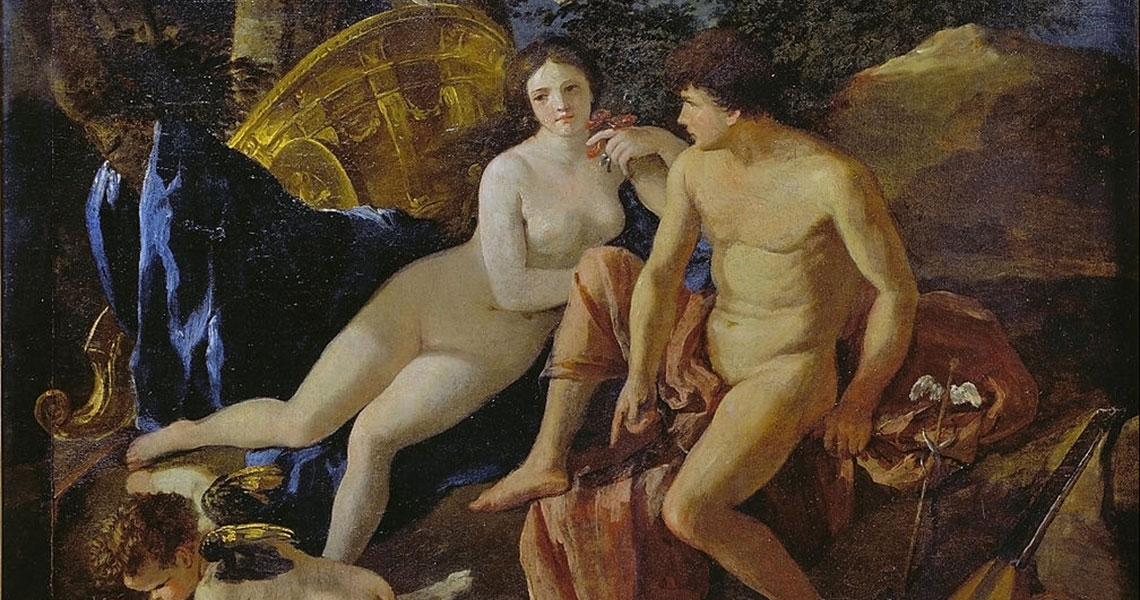 Venus and Mercury is the largest of two fragments of an early painting by Nicolas Poussin. Painted between 1626 and 1627, the canvas depicts Venus, the goddess of Beauty, and Mercury, the Protector of the Arts, resting in the shade beneath a group of trees. Both figures are nude and sit beside the goddess’s gold chariot.

The painting might appear as a straightforward depiction of love - but should be understood in terms of its allegorical significance. The two wrestling children in the bottom left represent two opposite types of love. The boy with the goat’s feet is Eros – earthly, sexual love. Vanquishing him is winged Anteros, representing a more spiritual kind of love. 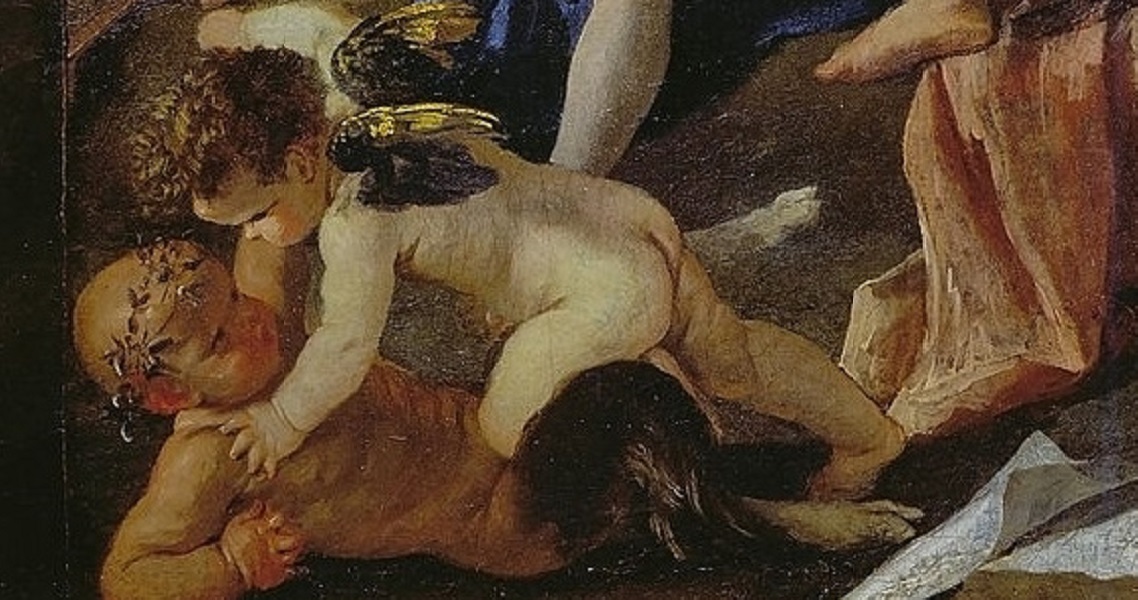 Anteros is often identified as ‘reciprocated love’ but also ‘love of virtue’ (‘amor virtutis’) and is consequently associated with the arts. This is reinforced by the lute, musical scores, books and a painter’s palette lying at Mercury’s feet.

The painting should therefore be identified as representing the struggle between sensual love and virtue. This theme of the battle between Eros and Anteros was particularly popular in Baroque and Renaissance and, according to the art historian Richard Verdi, embodies one of Poussin’s most cherished beliefs – ‘that beauty is an expression of virtue and that both of these find their supreme manifestation in art’.