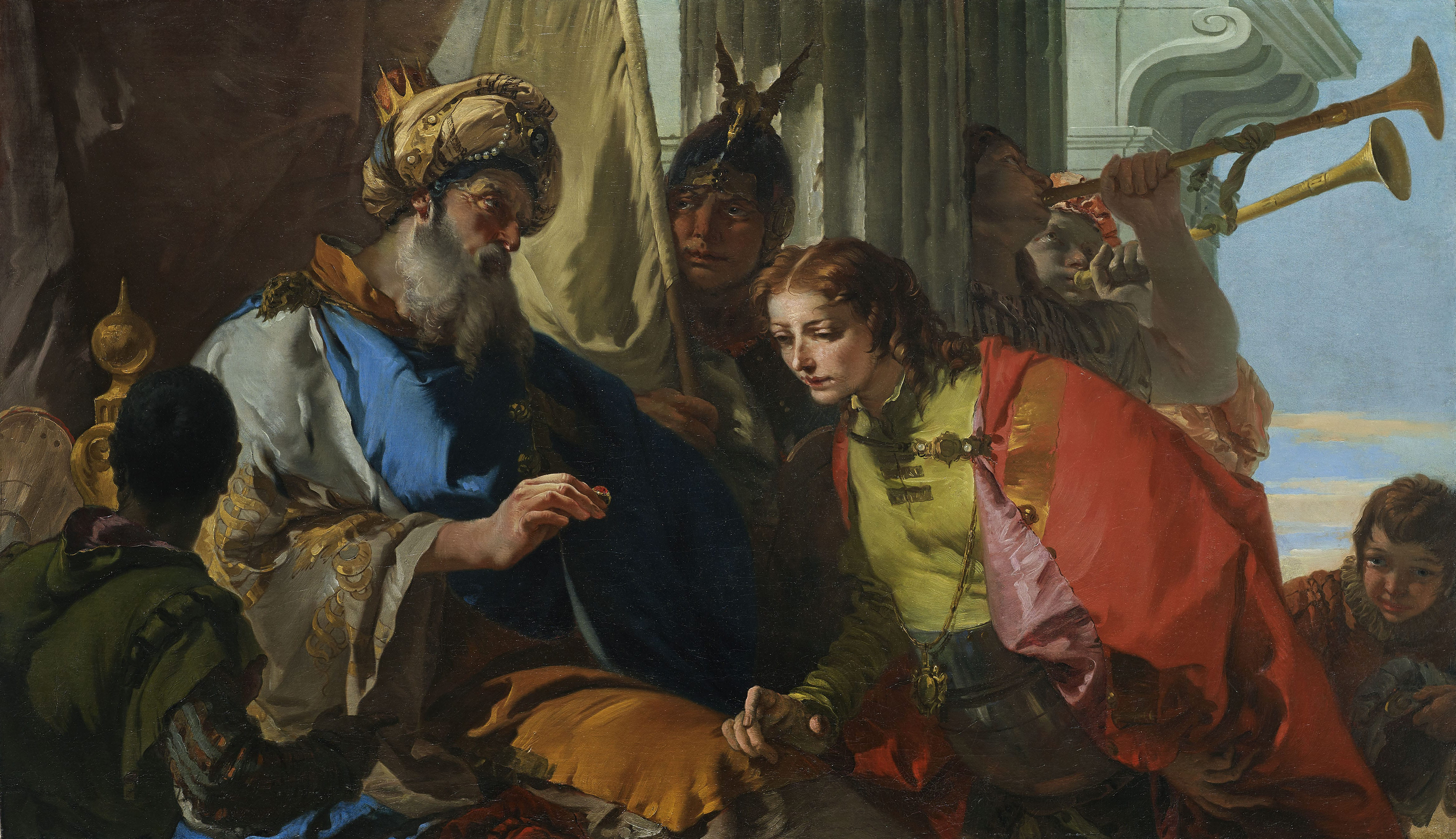 Tiepolo’s painting is based on the Old Testament story of Joseph, which appears in the Bible’s Book of Genesis. Joseph had been sold into slavery by his jealous brothers and was later imprisoned for a crime he did not commit. This painting shows the dramatic moment Joseph wins his freedom and is appointed to the role of Vizier, Pharaoh’s Chief Administrator. The precise moment the artist chose to depict is described in Genesis 41:42: ‘And Pharaoh took off his ring from his hand, and put it upon Joseph's hand, and arrayed him in vestures of fine linen, and put a gold chain about his neck.’

Tiepolo’s use of colour and costume references the Golden Age of Venetian painting, specifically the works of Veronese, as well as Old Testament scenes by Rembrandt and his circle. The horizontal format of the work, with its half-length figures, is exceptional within Tiepolo’s oeuvre and is more reminiscent of 17th century Bolognese paintings, such as Guercino, than of Venetian pictures. Some scholars have pointed to the far trumpeter as a possible self-portrait of the artist.