Our Paintings at the National Trust and the Strawberry Hill Trust 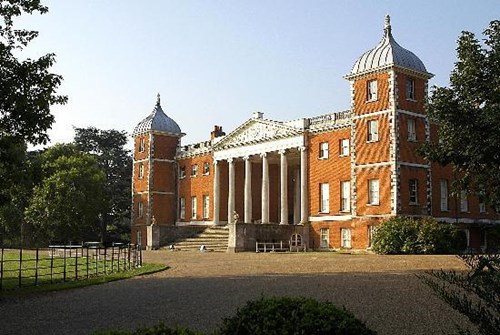 Since 2002 a selection of paintings from Dulwich Picture Gallery’s collection have been on display at Osterley Park, a Georgian country estate in West London owned by the National Trust, and one of the few remaining properties where the breadth of the architect and designer Robert Adam’s output, from architecture to furniture, can be seen. The house was formerly home to the Childs family, who made their fortune in banking, and was later bought by one of the Earls of Jersey. As the Jersey family removed the majority of their paintings when the property was handed over to the Trust in 1949, pictures were requested to help restore the house's original interior. The majority of the Dulwich Picture Gallery paintings on loan to Osterley can now be seen in the Yellow Breakfast Room and the Long Gallery.

The paintings on loan have been chosen to evoke the period of the house’s remodelling in the second half of the 18th century and its subsequent development. They represent the taste of the newly emerging bourgeoisie, of which Francis Child was part. Pictures on loan include: landscapes by followers of Philips Wouwermans (DPG34, DPG36), costal views in the style of Claude-Joseph Vernet (DPG610, DPG623), and two paintings by Sir Francis Bourgeois RA (DPG311, DPG461), one of the founders of Dulwich Picture Gallery.

Tredegar House in south-east Wales, historically home to the Morgan family and a National Trust property since 2011, is regarded as one of the finest examples of 17th century domestic architecture in Britain. The unknown designer-craftsman has clearly been influenced by the architecture of Inigo Jones. Dulwich Picture Gallery has lent almost fifty paintings to Tredegar House since 1988, with works carefully chosen for their links to the history of the house and the family to evoke the appearance of the interiors as they would have been at the time of the house’s original construction.

To recall the Morgan family's royalist allegiances during the English Civil War (1642–1651), two portraits of Queen Henrietta Maria, the wife of Charles I, after originals by Anthony Van Dyck (DPG381, DPG426) have been put on display at Tredegar. Hanging in the house's New Hall to replace a lost set of early 17th-century portraits of Roman Emperors, are a set of portraits of English kings and queens (DPG522-536) dating c.1618 and commissioned by the founder of Dulwich College, Edward Alleyn (1566-1626) to furnish his own home and as an educative tool for the pupils of his college. The paintings today form one of the largest surviving sets of royal portraits dating from this period. 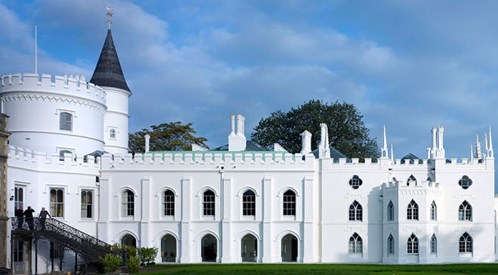 Strawberry Hill was the summer villa of Horace Walpole (1717-97) the son of Britain’s first Prime Minister, who was a prominent politician, antiquarian and collector. Built in a pioneering Gothic Revival style between 1748 and 1790, Walpole’s ‘plaything house’ displayed his impressive and eclectic collection of art, antiquities and curiosities, and welcomed many distinguished guests, as well as visiting tourists. After Walpole’s death in 1797, the house and collection passed on to his descendants, and in 1842 the collection was dispersed world-wide in a sale that lasted thirty days.

The house recently underwent a two-year restoration project with the aim of restoring the majority of the interiors to their original condition as Walpole would have experienced them. Using the catalogue Walpole wrote for his own collection in 1774 as a guide, the Strawberry Hill Trust is currently endeavouring to return as many items from the original collection as possible, either through acquisitions or long-term loans.Dulwich is therefore delighted to be able to lend Dorothy, Viscountess Townshend, a portrait of the great aunt of Walpole, to Strawberry Hill so that it can return to its original position in the Great Parlour, where Walpole displayed the portraits of his family as well as some of his closest friends.

Another painting in the Horace Walpole collection, now at Dulwich is Lely’s Boy as a Shepherd, c.1659 (DPG563) which once hung in the Breakfast Room in Strawberry Hill.