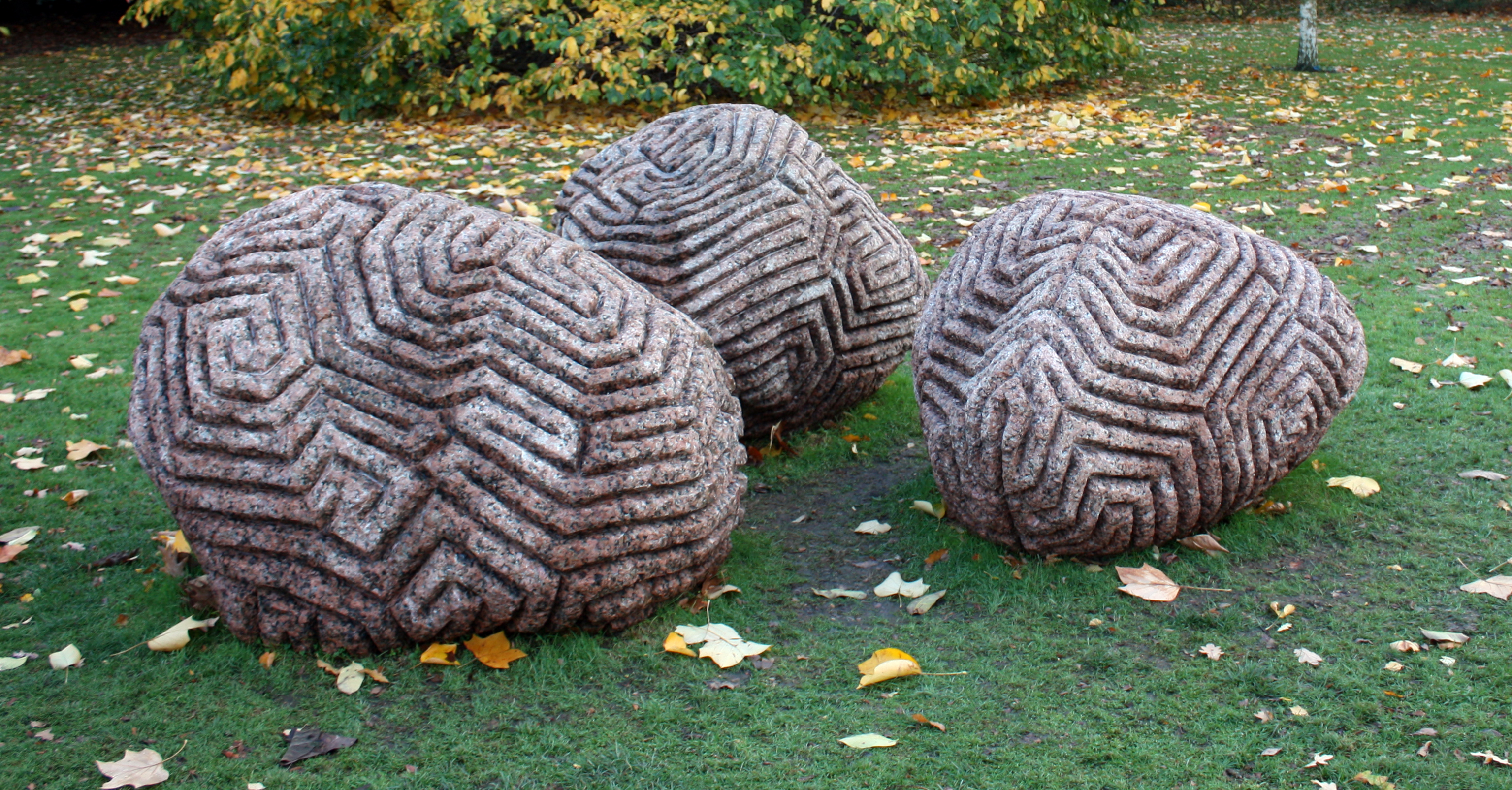 Walking the Dog I, II & III

These three granite boulders were carried by a glacier and left stranded in Finland when the ice melted at the end of the last ice age, more than 10,000 years ago. These types of rocks are known as glacial erratics. The sculptor Peter Randall-Page, who cites the study of natural phenomena as a key inspiration for his work, preserved the boulders’ original shapes that were created by millennia of erosion. The artist carved the surfaces with an interlocking pattern evoking the Greek key or meander motif. This pattern is named after the Meander, a river in Turkey that follows a twisting path doubling back on itself. The meander was a common ornament in ancient Greek and Roman architecture. The same motif is found on the frieze (the stone band between the top of the brick walls and the roof) of Sir John Soane’s Dulwich Picture Gallery building.

Peter Randall-Page is one of Britain’s foremost artists for the outdoor environment. He studied sculpture at Bath Academy of Art in 1973–77. Randall-Page has created numerous public sculptures for urban and rural locations throughout the UK and internationally. His other major work in the local area is the façade of the Laboratory at Dulwich College (2016, designed in collaboration with Grimshaw Architects), which won a RIBA National Award and a RIBA London Award from the Royal Institute of British Architects. He was elected a Royal Academician in 2015. 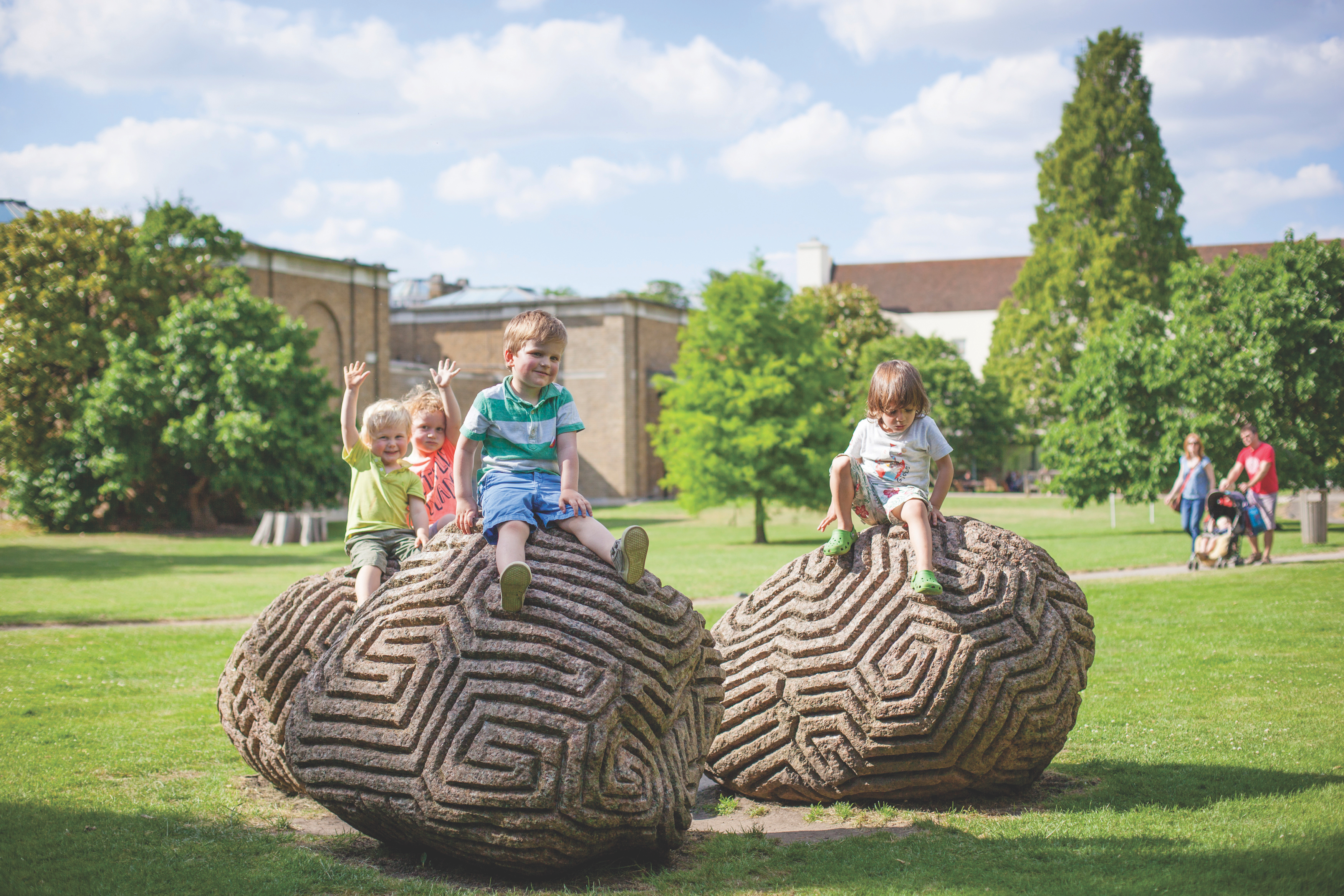 Acquisition
Purchased with a grant from the Art Fund, 2010