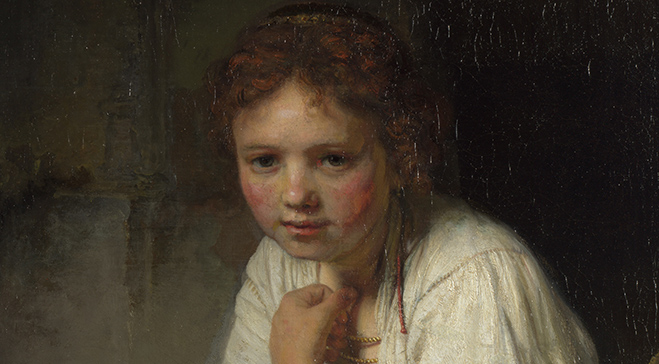 After nearly sixteen years in the making, an ambitious project to document the entire Dutch and Flemish paintings collection at Dulwich Picture Gallery has been realised, with the launch of a new catalogue published by D Giles Limited.

Home to such masterpieces as Rembrandt’s The Girl at the Window, and Van Dyck’s Samson and Delilah, the Gallery boasts a world-class collection of 17th- and 18th-century art, one of the most comprehensive in London. Yet, the Gallery’s Dutch and Flemish collection has never before been catalogued.

Dutch and Flemish Paintings: Dulwich Picture Gallery is the first work covering this part of the collection, and marks a major moment in the history of the Gallery. The volume features over 220 paintings, detailing the provenance and significance of works by Old Masters such as Rembrandt van Rijn, Anthony van Dyck, Peter Paul Rubens, Gerrit Dou, Jan van Huysum and Willem can de Velde. All of whom have made Dulwich Picture Gallery famous among scholars and the general public alike.

The catalogue also skilfully outlines the evolution of this impressive collection. The expertise of the Gallery’s founders, Noel Desenfans and Sir Francis Bourgeois certainly lay in this area, with Dutch and Flemish pictures readily obtained on the London art market in the late 19th century, especially in the aftermath of the French Revolution. Desenfans and Bourgeois were particularly enamoured by the work of the Dutch Italianates, notably Aelbert Cuyp whose work features prominently in Dulwich’s collection, playing an important role in popularizing the artist’s amongst a British audience.

The project was made possible through the extensive research and tremendous effort by leading Dutch scholars, Dr Ellinoor Bergvelt, a researcher at the University of Amsterdam, and the late Michiel Jonker (1947–2014), formerly Head of Collections at the Mauritshuis, The Hague - the catalogue is dedicated to his memory.

Michiel Jonker (1947-2014) studied art history at the University of Amsterdam, specializing in architectural history and 18th-century art. He started his career in 1971 as Curator of books, prints and drawings at the Amsterdams Historisch Museum, where he edited several catalogues of Old Master Drawings (including the Fodor Collection). He later became Head of Collections, developing the collections of works on paper, painting, sculpture, and decorative arts. He was a Curator of the groundbreaking exhibition, De wereld binnen handbereik (Distant worlds made tangible; Amsterdam Historical Museum, 1992). Alongside Dr. Ellinoor Bergvelt, he produced the bibliography for Bob Haak’s The Golden Age: Dutch Painters of the Seventeenth Century (1984). In 1995 he became Head of Collections at the Mauritshuis, The Hague, leaving in 1998 to become an independent scholar and dealer specializing in works on paper.

Dr. Ellinoor Bergvelt is a researcher at the University of Amsterdam. From 1992 to 2012 she was part of the group for Cultuurgeschiedenis van Europa at the University of Amsterdam, where she supervised the Masters courses in Dutch Art in its European Context and Museum Studies. She studied Art History at the University of Amsterdam, and was associated with the Art Historical Institute at the Rijksuniversiteit Utrecht (1976-1985) and the Rijksdienst Beeldende Kunst (Amsterdam, Den Haag; 1986-1992). Ellinoor wrote her Ph.D. on the 19th-century history of the Rijksmuseum (and the Mauritshuis), Amsterdam, Pantheon der Gouden Eeuw in 1998. She was co-editor of the two volumes that accompanied the exhibition, De wereld binnen handbereik (Distant worlds made tangible; Amsterdam Historical Museum, 1992), of the Dutch Open University volume: Kabinetten, galerijen en musea (2013, 2005 and 1993), and of several publications on interior design, including Van neorenaissance tot postmodernisme (1996).