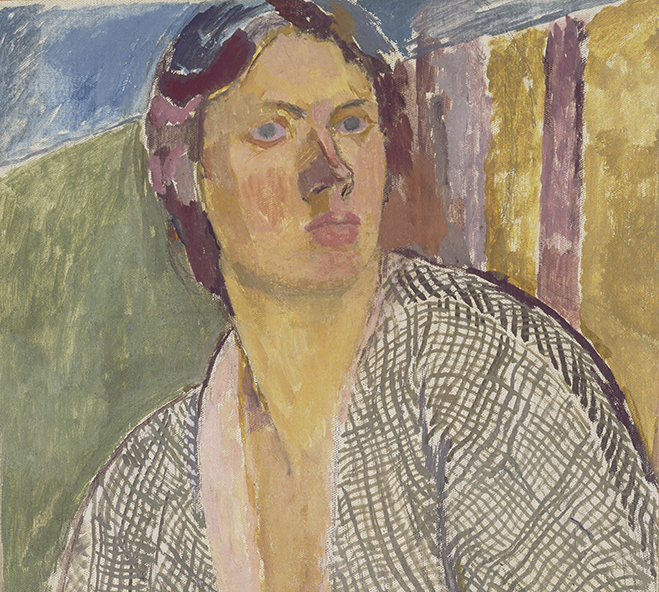 Dulwich Picture Gallery will present the first major monographic exhibition of work by Vanessa Bell (1879-1961). Widely acclaimed as a central figure of the Bloomsbury Group, Bell also stands on her own as a pivotal player in 20th century British art, inventing a new language of visual expression.

Arranged thematically, the exhibition will reveal Bell’s pioneering work in the genres of portraiture, still life and landscape and will explore her fluid movement between the fine and applied arts, focusing attention on her most distinctive period of experimentation in the 1910s. Approximately 100 oil paintings as well as fabrics, works on paper, photographs and related archival material will deliver Bell in full force, boldly experimenting with abstraction, colour and form while developing her own distinctive way of seeing the world.

Bell’s reputation as an artist has been habitually overshadowed by a preoccupation with her family life and romantic entanglements. She has often been seen in a supporting role to her sister, Virginia Woolf, as wife to the noted art critic, Clive Bell and as muse and confidante to her lovers, friends and fellow artists such as Roger Fry and Duncan Grant. The exhibition will present Bell for fresh consideration as an artist on her own terms, charting her move from the refined Impressionism of her early training to a more radical, experimental style stimulated by her many visits to Paris and by the post-Impressionist exhibitions held in London in 1910 and 1912.

"Unconventional in her approach to both art and life, Bell's art embodies many of the progressive ideas that we still are grappling with today, expressing new ideas about gender roles, sexuality, personal freedom, pacifism, social and class mores and the open embrace of non-British cultures. This is the perfect moment in which to re-evaluate Bloomsbury, and Bell’s legacy within it, and we look forward to affirming her importance to a contemporary audience."
- Sarah Milroy, Exhibition Curator

Bell’s artistic training was rich and wide-ranging. She studied under varied teachers, including Arthur Cope, Henry Tonks and John Singer Sargent, attending classes at both the Royal Academy and the Slade School, and received emboldening encouragement from the influential painter, Walter Sickert. She pioneered a new, modern vision in British art, in which meaning and emotion were conveyed through the deployment of what her husband, Clive Bell, described as ‘significant form’: the arrangement of shapes, colour and line to capture and convey the sensations and emotions of human experience.

Bell’s portraits are intense with bold colour, her sitters anchored in space in adventurous ways. The genres of still life and landscape were likewise daringly revamped, as Bell incorporated Fauvism and Cubism into her evolving vision. One of the first artists in Britain to experiment with abstraction, in 1914, Bell soon returned to figuration, but incorporated her strengthened understanding of composition and colour into her later work, which featured daring new ways of seeing and picturing the female subject.

“No British artist of Bell’s generation so instinctively understood and reflected the radical new artistic developments unfolding in Paris. Her resolute de-skilling, her vibrant embrace of colour, the sheer brutality of her brushstrokes – as if hacking at the canvas with the brush – and her bold rejection of traditional notions of the beautiful, are truly brave and can astonish even today."
- Ian A C Dejardin, Co-curator and Sackler Director of Dulwich Picture Gallery.

The exhibition will open with a display of portraits, considered by many to be Bell’s most accomplished works, including paintings of her sister Virginia Woolf, the writer Lytton Strachey, the poet Iris Tree, art critic and art historian Roger Fry, and Bell’s own self-portrait from the collection of the Yale Centre for British Art.

It will go on to cast light on Bell as innovative homemaker and bohemian mother, breaking free of the repressive Victorian standards in which she was raised. At her farmhouse at Charleston, East Sussex, home was reimagined by Bell as a place of freedom and unbridled creativity, rather than conformity and constraint. Focus will also be given to her experimentation within the decorative arts, specifically her work with the Omega Workshop, with a display of her designs for interiors, fabrics and furnishings.

Bell’s pioneering evocation of the female subject will be explored in the final room, which will highlight her complex and ground-breaking vision of modern womanhood. Landmark works such as the Tents and Figures (1913, Victoria and Albert Museum) and Studland Beach (c.1912, Tate) will be presented in the context of related works, allowing for a deeper understanding of these classic modern masterpieces. The exhibition will also include two of Bell’s remarkable self-portraits, demonstrating her sense of herself as an artistic force to be reckoned with, even in her final years.

The exhibition is curated by Canadianwriter and curator Sarah Milroy, and Ian Dejardin, The Sackler Director of Dulwich Picture Gallery. Loans have been secured from a number of British and US private lenders, as well as a wide range of institutions, including Tate, the Metropolitan Museum of Art in New York, National Portrait Gallery, The Charleston Trust and Yale Center for British Art. An extensive full colour catalogue will accompany the exhibition, with essays by a host of established Bell scholars and emerging voices.