Dulwich replaces Old Master painting with replica ‘Made in China’ 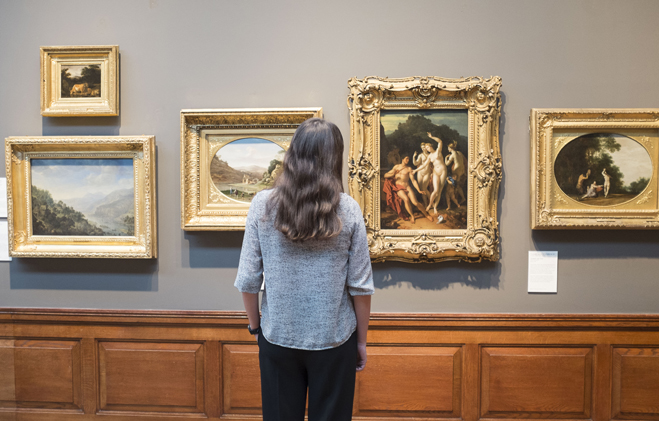 From 10 February, visitors to Dulwich Picture Gallery will be set the challenge to identify a Chinese replica hanging among the 270 Old Master paintings on display.  ‘Made in China: A Doug Fishbone Project’ will explore the nature and importance of the original versus the copy and the role of art as commodity, a subject of increasing importance in our age of global mass production.

Conceived by artist Doug Fishbone and curated by Dr Xavier Bray, Arturo and Holly Melosi Chief Curator at the Gallery, Dulwich will temporarily remove one of its paintings from the frame, replacing it with a replica commissioned by Fishbone and produced by one of China’s numerous exporters of handmade oil paintings.

For three months (10 February – 26 April) the public will be invited to identify the replicated painting and have the opportunity to submit their answers via an iPad in the Gallery. Those with the correct answer will be entered into a competition to win a custom print from the Gallery’s collection, signed by Doug Fishbone. The replica will be revealed on 28 April 2015 when it will hang side by side with the original. Visitors will be invited to return to compare and contrast. How does the brushwork differ? How has the varnish aged on the original? How has the Chinese artist interpreted the style of painting of an Old Master?

Many Old Master painters, from Titian to Rubens, encouraged the iteration of their work, of which there are several examples in Dulwich’s collection. The Gallery’s version of Venus & Adonis clearly demonstrates how Titian’s assistants would have mapped out the composition using a template, with the master coming along at the end of the process to add the finishing touches. Today, famous paintings are being reproduced in the millions with China dominating this export market.

By placing a replica amongst its collection Dulwich will be encouraging the public to look closely and engage with the magic of the originals on display, and to also explore the issues raised by Fishbone’s work regarding identity, value and authorship. Does a replica introduced into the sanctity of a museum setting acquire newfound quality and status?

“Hanging a replica will make visitors to Dulwich question their own judgement. We wanted to remove any possibility of clues, to give the replica a chance to stand on its own merits. I wouldn’t be surprised if a specialist curator spots it- I should hope they would! - But I think it’s good enough to trick people and that’s exciting- more importantly a hidden copy puts everything open to suspicion and by the same token makes everything subject to more scrutiny. In this sense it’s a project about focus, attention even mindfulness.”

“Dulwich contains one of the greatest collections of Old Master paintings in the world, so from a curator’s point of view, this project is a great way to intervene, and engage with the collection completely anew.  We hope the replica will be hard to find – and that the search will encourage visitors to interact with every single picture. Try and see if you can spot an old crack, canvas and varnish; and hopefully your connoisseurship skills will be very much challenged!”

A high-resolution digital image was sent to Meisheng Oil Painting Manufacture Co., Ltd., a professional supplier of oil paintings working with over 150 artists based in Xiamen, in the Fujian province of China. Southern China is the world’s leading centre for mass-produced works of art, its reputation made famous by Dafen Village whose numerous studios and workshops produce an astonishing five million replicas a year for the global art market.

Dulwich Picture Gallery
Dulwich Picture Gallery is the world’s first purpose-built public art gallery, founded in 1811 and designed by Regency architect Sir John Soane. It houses one of the finest collections of Old Masters in the country, especially rich in French, Italian and Spanish Baroque paintings and in British portraits from the Tudor period to the 19th century. The Gallery’s Permanent Collection is complemented by its diverse and critically acclaimed year round temporary exhibitions.