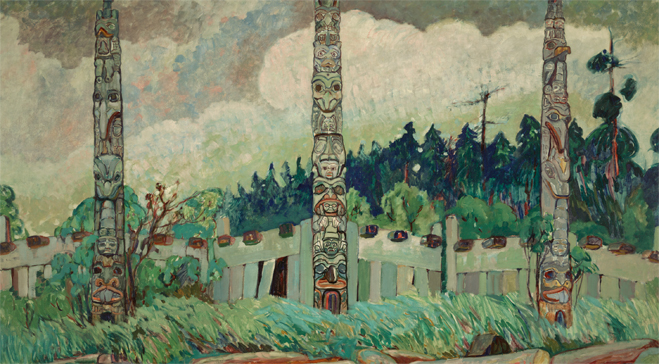 Ian A.C. Dejardin, The Sackler Director of Dulwich Picture Gallery, today announced details of the Gallery’s 2014 programme, which will include an expansive investigation of 60 years of Hockney’s work as a printmaker; a look at Ben and Winifred Nicholson, leading figures of the Modern British movement; and the first major exhibition in the UK dedicated to the work of Canadian artist Emily Carr, the dominant figure of British Columbian art in the first half of the twentieth century.

“David Hockney may be Britain’s favourite painter – but many would say that he is at his most creative in his prints. The 1920s, meanwhile, saw the newly-wed Ben and Winifred Nicholson bouncing ideas off each other and their fellow artists in a ferment of creativity, while over on the other side of the planet the redoubtable Emily Carr battled against isolation and rejection in British Columbia to create one of the most powerful legacies of modernist painting in Canada. A wonderful year of exhibitions!”

The year will start with a major exhibition of printwork by the inimitable David Hockney. Hockney, Printmaker (5 February – 11 May 2014), will showcase the extent of Hockney’s output and range of styles charting the artist’s print production from his first print 60 years ago to his last print in 1998 including computer drawings – preludes to his recent work on iPad. The exhibition, the first major show to concentrate on the complete trajectory of his printwork, will focus on Hockney’s lithographs and etchings in two distinct sections exposing new insights beyond the purely formal aspects of his work delving into his mastery of technique. Graphic works of renowned sitters will include portraits of Celia Birtwell and Henry Geldzahler while complete sets will include ‘The Weather Series’ and ‘A Hollywood Collection’.

The Gallery’s summer exhibition, Art and Life: Ben Nicholson, Winifred Nicholson, Christopher Wood, Alfred Wallis, William Staite Murray, 1920 – 1931 (4 June – 21 September 2014), will offer a sensitive examination of the couple’s prolific output during their early time together and a rare opportunity to see their views of the same landscapes, seascapes, still lifes and portraits, some of the most memorable works of the period. Showcasing over 80 works the exhibition will chart the Nicholsons’ journey from London to Switzerland, Cumberland and Cornwall, the evolution in Winifred’s use of colour and Ben’s consideration of form and movement. Spanning ten years of exciting artistic exchange, this is the first exhibition to consider the group of artists in the same context, over a period that shaped the careers of Ben and Winifred Nicholson irrevocably.

In the autumn the Gallery will stage the first exhibition in the UK dedicated to the work of Canadian artist Emily Carr. Carr, a pioneering modernist painter, is widely recognised as the leading figure in British Columbian art in the first half of the twentieth century. Painting Canada 2: Emily Carr in British Columbia (1 November 2014 – 22 February 2015) will showcase over 100 paintings produced by Carr between 1912 and 1939 including a focused selection of Carr’s watercolours and sketchbook drawings – less well-known even in Canada as well as the inclusion of reference material highlighting the importance of Indigenous Art as an influence for Carr. The exhibition will trace a dramatic trajectory from darkness to light. Visitors will first encounter Carr’s brooding, often claustrophobic forest scenes. The show will culminate in a display of Carr’s later euphoric sky paintings, rhythmic light-filled beach scenes and clear-cut landscapes.

Dulwich Picture Gallery is England’s first purpose-built public art gallery, founded in 1811 and designed by Regency architect Sir John Soane. It houses one of the finest collections of Old Masters in the country, especially rich in French, Italian and Spanish Baroque paintings and in British portraits from the Tudor period to the 19th century. The Gallery’s Permanent Collection is complimented by its diverse and critically acclaimed year round temporary exhibitions.

Dulwich Picture Gallery’s Directorship position is endowed as The Sackler Director of Dulwich Picture Gallery thanks to a generous grant given in recognition of the Gallery’s standing and achievements in both its exhibition and community engagement programmes. The grant from the Dr Mortimer and Theresa Sackler Foundation endows in perpetuity this position and secures the excellence and sustainability of the Directorship for the Gallery’s future. The Gallery has been granted £2 million in Catalyst Endowment funding by the Heritage Lottery Fund (HLF) and Department for Culture, Media and Sport (DCMS) Catalyst Endowments scheme. This challenges the Gallery to raise an additional £4 million in matching donations by June 2016 in order to secure the grant and establish a £6 million visual arts learning endowment fund.